It is an internationally recognized and Accredited Course for doctors and nurses that aims to provide knowledge and skills necessary to assess and manage seriously ill and injured children. It emphasizes the basic principles of resuscitation, teaches the application of a structured clinical approach and is conducted in accordance with the principles of adult learning 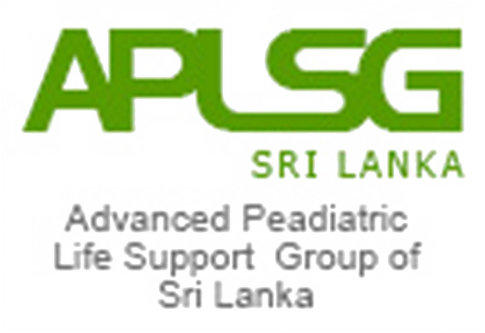 The task is primarily to improve early identification and optimal management of seriously ill and injured children in Sri Lanka through training and education of healthcare professionals. Increased confidence, awareness, necessary skills and ability to assess and respond to a range of Paediatric Emergencies are the ultimate goals of this programme. 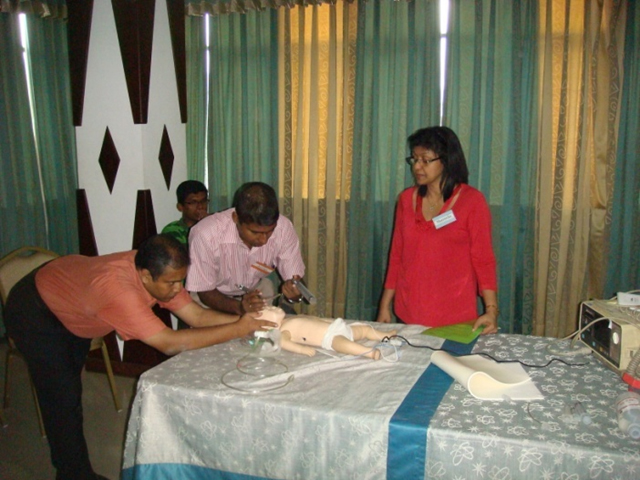 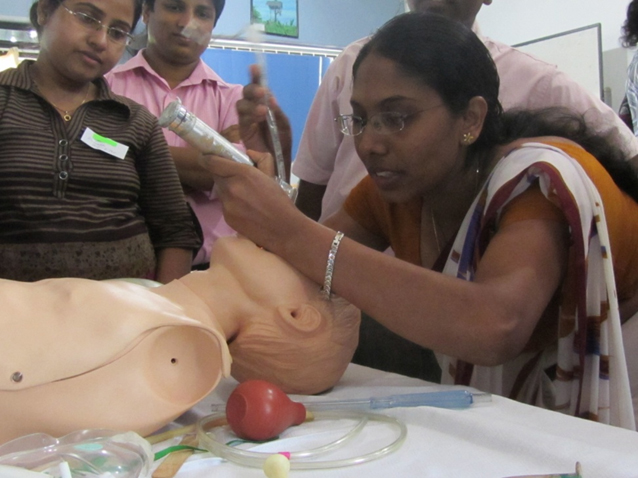 Sri Lankan APLS Courses are being organized by the APLS group of the Sri Lanka College of Paediatricians which was established in 2013. APLS working group was replaced by Paediatric Skills Development Working Group in 2020 which is empowered by the regulations laid down in the constitution approved by the Sri Lanka College of Paediatricians. APLS is one of the modules, coordinated by Paediatric Skills Development Working Group. APLS courses are supported by the Australian APLS Faculty.  Sri Lankan APLS course has been accredited by the “Advanced Life Support Group” in the UK in 2017.

Advanced Paediatric Life Support course in Sri-Lanka closely adheres to the teaching of APLS Australia. The first International course was conducted in 2010. APLS teaching is recognized, throughout the world, and is recommended for all hospital staff involved in caring for seriously ill or injured children and adolescents.

The APLS course is very interactive, practical and covers all aspects of the emergency management of children, taught by certified paediatric care givers. On-line module consisting of recorded lectures and video demonstrations are supported by face-to-face interactive emergency scenarios, skills practices sessions and workshops in small groups. A comprehensive course manual is also provided to all candidates, for pre and post, course reference. 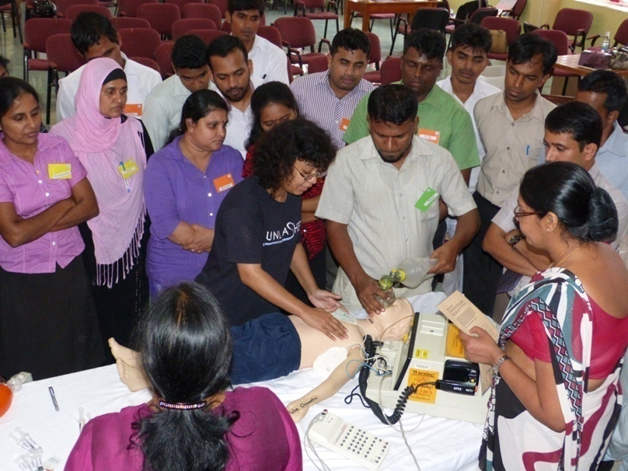 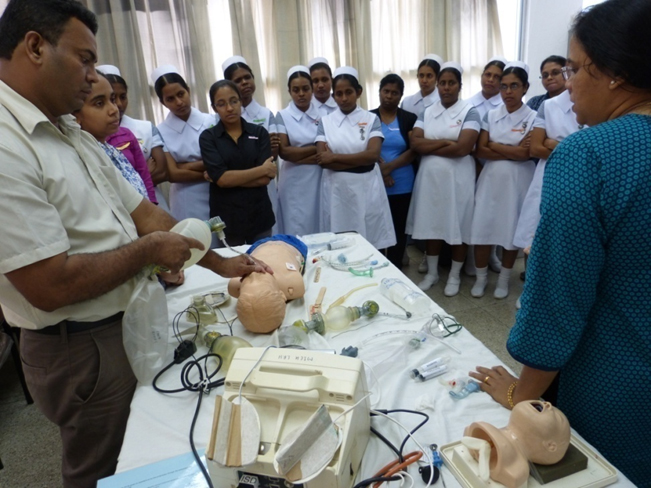 Why is APLS Important to Us

One main contributory factor for morbidity and mortality in children is a profound dearth of a structured approach to emergency care at the Accident & Emergency Departments, Preliminary Care Units, Paediatric Wards and Intensive Care Units. It has been observed that, time associated institution of simple interventions has resulted in early recognition of deterioration, preventing cardiac arrest as well as reducing hospital stay in hospital wards, high dependency care units and intensive care units.  Needless to say, this will tremendously improve the care provided for sick children. It is therefore essential to improve handling emergency care, safe and skilled transportation of critically ill children and ensure proper training of all personnel involved in all these ventures. 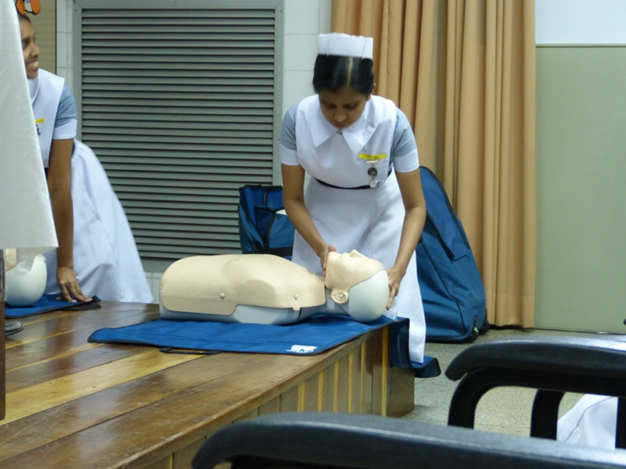 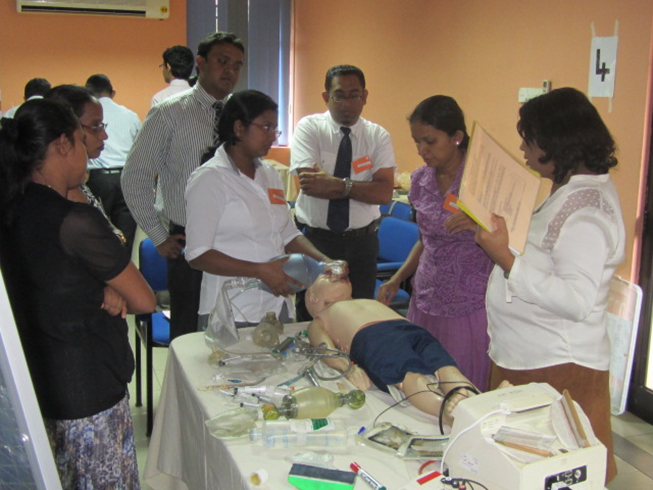 How to pay the Registration Fee?

If you pay to a bank please keep the bank slip with you, produce it at the registration desk and obtain the official receipt.

Online lectures and videos Access would be given for registered participants

Manuals and Other Course Guidelines

STP in Paediatrics and Neonatology

If the cancellation is done by the candidate, he/she will be allocated to another course within the same financial year. If it exceeds the given financial year, allocation to another course will be decided by the President and Secretary.  If the cancellation is done on the first day of the scheduled APLS course by the candidate, a penalty will be charged as decided by the working group, if he or she wishes to join another course or if he/she wishes to get a refund of the course fee.

With the new format, one participant would get a chance to face one cardiac scenario, two illness scenarios and one trauma scenario. Crisis Resource Management Principles have been included in order to improve the team dynamics.

Wearing a face mask and face shield is mandatory.

New Auditorium, 3rd Floor of the new block at the Lady Ridgeway Hospital for children. Enter from Maradana Road Gate.

Accommodation is not included in the registration fee and should be paid by you separately.

A Public Car Park is available on the Baseline Road in front of the Welikada Prison.

Exposure to variety of real life clinical scenarios and timely intervntions were stimulating and useful.

APLS was first introduced in the 1980s by the Advanced Life Support Group in the UK and in 1996 in Australia. APLS has become the internationally recognized gold standard in Paediatric Emergency Training. Courses are supported with the APLS manual, with the first Australia and New Zealand specific edition to be published later in 2012. Sri Lankan APLS courses also adhere to the teaching methods of the Australian APLS manual.

Dr Jeremy Raftos the President of APLS Australia and New Zealand in 2005, pioneered the establishment of APLS in Sri Lanka. The first APLS Programme was conducted in Galle in 2005 after the Tsunami. It was for 12 participants by Prof Sujeewa Amarasena. Jeremy Raftos, Simon Young and Stephen Priestly were courageous enough to travel to Sri Lanka during the ethnic war. That tour laid the foundation for the subsequent APLS Sri Lanka Programmes which started in 2010 under the supervision of Dr Srilal de Silva.

APLS courses conducted by Australian faculty, is held once a year in Sri Lanka. One international provider and instructor will participate as Trainers. These courses are often held in different cities away from the busy capital city of Colombo. The breath-taking scenic beauty of the venue, the Sri-Lankan hospitality, local spicy food and the warm welcoming smiles of the APLS participants and faculty make it a memorable event. Our aim is to maximize the learning of APLS and the social gatherings organized for the candidates and the faculty during the three days makes it a very pleasant educational experience.

List of courses held, and the venues are as follows: – 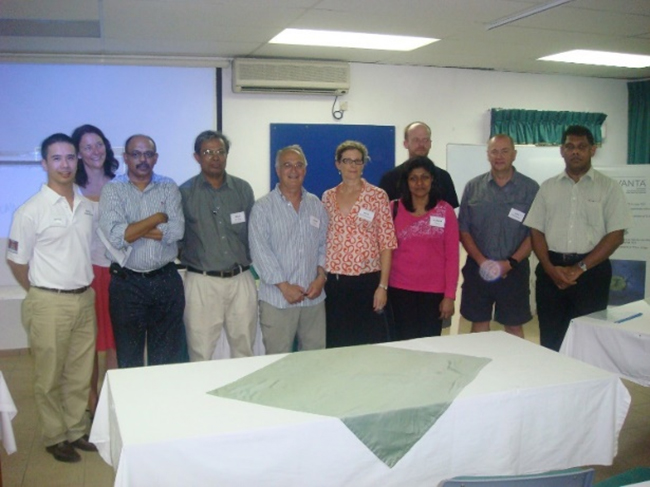 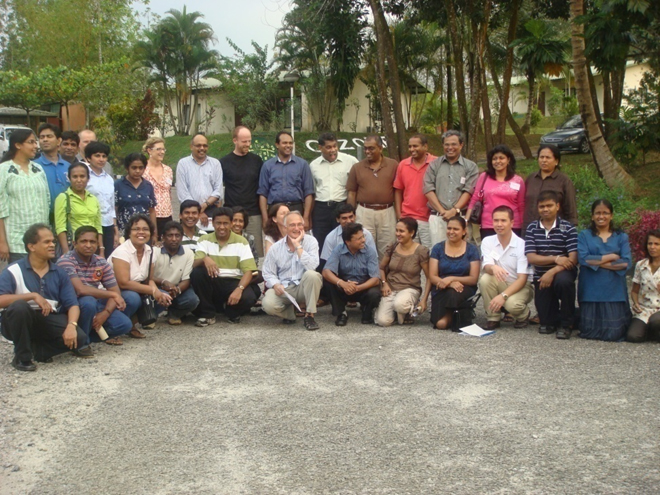 The course in kukulegaga in 2010

Each course recruited 24 participants for the Provider Course and selected Paediatric care givers have been trained in GIC – the Instructor Course (teaching skills course) and have been certified as APLS Instructors. 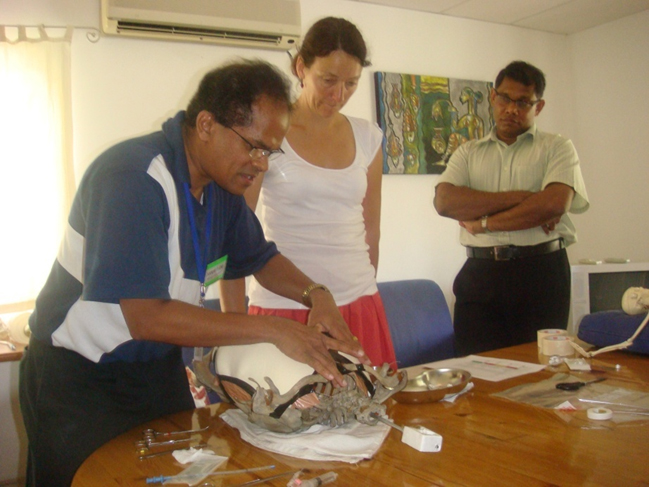 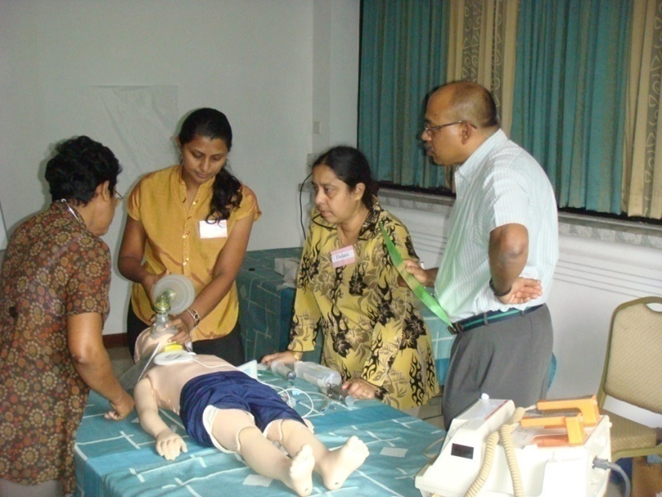 Successful participants receive a local certificate, counter-signed by the Australian Course Director and the International Certificate issued by the Advanced Life Support Group of UK.

In recognition of the invaluable services rendered by Dr Jeremy Raftos, Sri Lanka College of Paediatricians in its Annual Congress in 2015, during the Presidency of Professor Sujeewa Amarasena, awarded the Honorary Fellowship to Dr Jeremy Raftos in the presence of a distinguished gathering. Since 2016 Jacquie Schutz Consultant Paediatrician from Adelaide, has been the focal point from Australian APLS Faculty.