A Project for the Protection of Children from Violence by the Child Protection Committee of the Sri Lanka College of Paediatricians.

Incidents of Violence against Children (VAC) were being reported from all parts of the country at an alarmingly increasing rate. Data from the Women and Children’s Bureau of the Sri Lanka Police and hospital based data corroborated this fact. Hence, there was a need within the country for all stakeholders to unite, for the sake of the children to formulate an effective response when incidents were reported. Unless the response was user friendly and effective the reporting of such incidents would be hampered, much to the detriment of the children of the country. There was also a need to plan out an effective campaign for the prevention of VAC.

In 2011, the Child Protection Committee of the Sri Lanka College of Paediatricians together with Plan Sri Lanka embarked on the project titled ‘Creating Safe Communities for children.’ 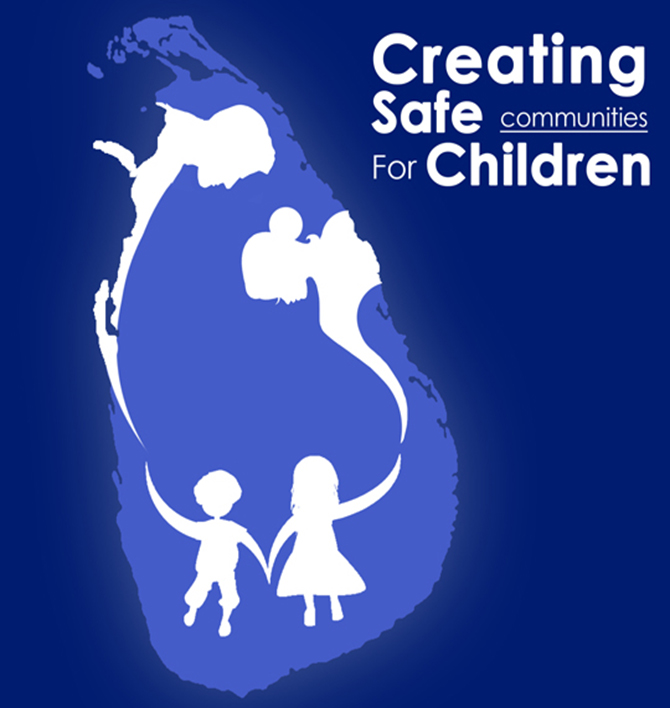 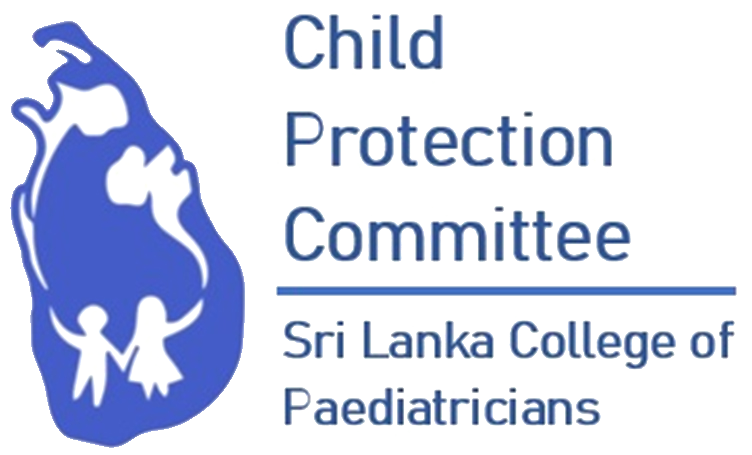 Members of the Child Protection Committee

This project had two objectives:

1. Better Management of Children Who Have Faced Violence

The management of children who have faced violence is essentially multi-sectoral. Hence, the Sri Lanka College of Paediatricians and Plan Sri Lanka invited all stake holders to several workshops and meetings to develop a guideline for the management of such children.

The following Professional bodies, Ministries and Departments were involved in the process:

During the discussions the health professionals agreed upon an integrated response with a view to reducing re-traumatization of the children and the families by repeated interviews by different specialists. Once the Police present a medico-legal examination form (MLEF), the JMO will take a detailed history and perform a complete medico-legal examination. Within 24 hours of the JMO seeing the child a Clinical Case Conference (CCC) would be convened to share the story and examination findings with Paediatrician and the Psychiatrist. This is the proposed multi-disciplinary integration in the health sector. Following the CCC a management plan would be decided upon. The next step identified was the involvement of other sectors: Probation officers, officers of the National Child Protection Authority, Child Rights Promotion officers etc. This coordinated response was proposed to be done at an Institutional Case Conference (ICC) and will be chaired by the Paediatrician or the Psychiatrist. Roles and responsibilities of all sectors were defined.

The final document titled ‘National Guideline for the management of Child Abuse and Neglect: A Multi-sectoral Approach’ was lunched officially by the Honourable Minister of Health on 4 December 2013, and a newer, improved version was printed in September 2014.

National Guideline for the
Management of Child Abuse and Neglect 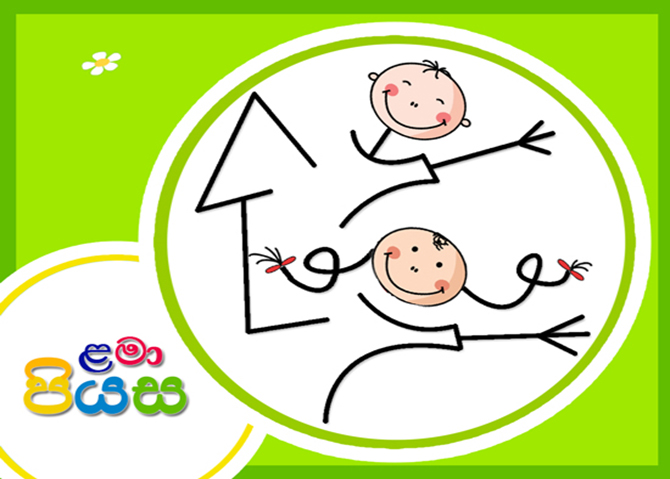 The place where violence ends and healing begins

The successful management of children who have faced violence requires a sensitive and confidential approach. Busy paediatric wards could not provide the necessary environment for the maintenance of confidentiality and for the psycho-social rehabilitation and reintegration of such children. There was a need for a facility to admit all child victims (up to 17 years), until their immediate needs were sorted out. In December 2012, the Ministry of Health accepted the concept of ‘Safe Houses’ in Health Institutions.  In 2015, a safe house (Kurulu Kedella) was opened at Amapara District General   Hospital. It is a 10 bedded unit for in-house rehabilitation with one nurse in charge and 3 house wardens. As part of the project Creating Safe Communities for children the SLCP and Plan Sri Lanka, designed a Safe House – Lama Piyasa. The words Lama Piyasa were meant to imply ‘the place where violence ends and healing begins.’

The building was officially opened by the Minister of Health on 5 March 2015. Once the different categories of staff were recruited the ward facility was opened for admission on 16 April 2015.  The ward complex has facilities to house 10 children at a given time. Paediatricians, psychiatrists and Judicial Medical Officers, both from the Ministry of Health and the University provide services to the children. There are 6 nurses and 3 minor staff members. Once the acute medical needs are sorted out, psychosocial rehabilitation is commenced. On discharge the child is followed up in the unit (medical/nursing staff) as well as in the community (social workers). The main aim of the services provided for the children is psycho-social rehabilitation and reintegration into society.

Video evidence from children who have faced all forms of violence is acceptable in the courts of Sri Lanka. The Evidence (Special Provisions Act) of 1999, which permits submission of video evidence to courts. This reduces re-traumatization of the children who have to relate the story of violence many years later in courts in the presence of the perpetrator.  Young children often find it difficult to re-call the events several years later and dissociation as a symptom of post-traumatic stress disorder, makes recall of the events impossible on some occasions.   This leads to the case not being completed appropriately and the perpetrators going free. he message of deterrence of VAC does not reach the community at large. Hence it is important that the evidence from children are recorded to be used in courts whenever the case is taken up for hearing.

The only facility available to record evidence from children of the whole country was at the NCPA. There were long delays in getting appointments and children had to travel long distances to come to the NCPA. Considering these facts it was felt that a VERU should be incorporated into the Lama Piyasa model.

With the approval of the then Attorney General a video evidence recording unit was established within the facility. The National Child Protection Authority agreed to provide cadre to perform the recordings. Trained offices of the Women and Children’s desks of the Sri Lanka Police were expected to perform the interviews.  This was with a view to the provision of holistic care for the children. There was a long delay in recruiting carder for the VERU.

At a stakeholder meeting for Law reforms organized by the NCPA in April 2021, a firm decision was made that VERUs should be established in Lama Piyasa facilities in health institutions

In July 2021, the Cabinet of Ministers approved cadre to be recruited by the NCPA for the operation of 9 such units, in health intuitions. A memorandum of understanding was signed after many years between the Chairperson of the National Child Protection Authority of Sri Lanka and the Director of the Colombo North Teaching Hospital, Ragama on 27th July 2021 in the presence of State Minister for Women and Child affairs.

The Faculty of Medicine University of Ruhuna has a VERU and the NCPA is expected to provide carder for this unit as well.

Recommendations for the future

The Child Protection Committee of the SLCP has recommended that Lama Piyasa facilities to be opened in the other 8 Provinces and that each unit should headed by a Child Protection Lead Paediatircian and a Community Paediatrician.  Once these units are established it is envisaged that they will become active hubs for networking and coordination of child protection (response are to VAC) and safeguarding (primary prevention of VAC) activities, together with all stakeholders at Provincial level.

9 Vibrant, active, professionalized child protection networks linked at National level will lead to the development of a much needed research culture and ultimately a reduction in Violence against Children.

2. The Prevention of Violence Against Children

To meet the second objective of the project some activities done are:

There is however, a great need to plan a programme at national level so that all stakeholders would be involved and all children will be empowered to protect themselves beginning from the pre-school years.